The Sounds and Colors of Power

indgår i serie The Sounds and Colors of Power 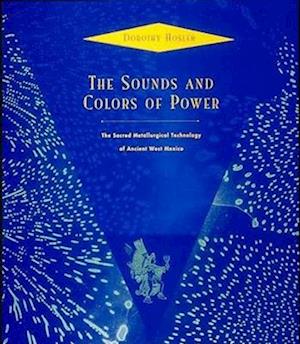 A groundbreaking analysis of the relationship between culture and technology.This is a groundbreaking analysis of the relationship between culture and technology. Dorothy Hosler, an archaeologist, metallurgist, and anthropologist, shows how the methods of materials science, augmented by archaeological and other sources of data, can be used to illuminate historical puzzles such as the origins of the unique metallurgy developed in West Mexico between the seventh and sixteenth centuries. Hosler traces the roots of this technology to Central and South America and establishes that it was introduced to West Mexico in two separate waves, both traveling along a maritime trade route originating in Ecuador and extending as far south as central and southern Peru. She then shows how West Mexican smiths transformed the elements of the technology (including alloy systems, fabrication methods, and artifact designs) to reflect their own perceptions of what were for them late-appearing materials, in that they were introduced some time after the foundations of civilization had appeared in their land. The central question Hosler addresses is why West Mexicans chose not to exploit the utilitarian properties of metals but focused instead on what seem to us to be incidental properties of sound and color. Drawing on historical, ethnographic, and linguistic data, she argues that metallic sounding instruments, especially bells, were used in rituals that offered protection in war, that celebrated creation, fertility, and regeneration, and that figured in concepts of the sacred - rituals, in short, that created a universe through song, through the sound of bells, and through reflective golden and silvery colors. The focus on sound and color thus constituted an expression of divine power. Hosler argues further that the elites and rulers who wore and used these metal objects themselves embodied these supernatural qualities. A rich array of technical date, maps, and photomicrographs support Hosler's analysis.

Forfattere
Bibliotekernes beskrivelse A groundbreaking analysis of the relationship between culture and technology.