The Sorrow of War

- A Novel of North Vietnam 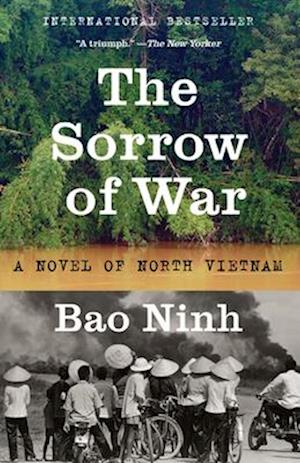 The daring and controversial novel that took the world by storm--a story of politics, selfhood, survival, and war. Heart-wrenching, fragmented, raw, former North Vietnamese solder Bao Ninh's The Sorrow of War provides a strikingly honest look at how the Vietnam War forever changed his life, his country, and the people who live there. Kien, a lone survivor from the Glorious 27th Youth brigade of the Vietcong, revisits the haunting sites of battles and relives a parade of horrors, as he grapples with his ghosts, his alcoholism and attempts to arrange his life in writing. Originally published against government wishes in Vietnam because of its nonheroic, non-ideological tone, Ninh's now classic work has won worldwide acclaim and become an international bestseller.