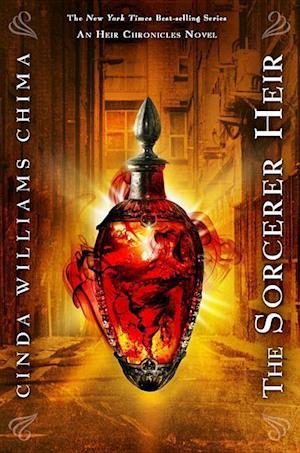 The delicate peace between Wizards and the underguilds (Warriors, Seers, Enchanters, and Sorcerers) still holds by the thinnest of threads, but powerful forces inside and outside the guilds threaten to sever it completely. Emma and Jonah are at the center of it all. Brought together by their shared history, mutual attraction, and a belief in the magic of music, they now stand to be torn apart by new wounds and old betrayals. As they struggle to rebuild their trust in each other, Emma and Jonah must also find a way to clear their names as the prime suspects in a series of vicious murders. It seems more and more likely that the answers they need lie buried in the tragedies of the past. The question is whether they can survive long enough to unearth them. Old friends and foes return as new threats arise in this stunning and revelatory conclusion to the beloved and bestselling Heir Chronicles series. Praise for The Heir Chronicles:

*"Chima offers a pitch-perfect blend of high fantasy and small-town reality..." -The Bulletin of the Center for Children's Books (starred review) * "Twists and turns abound in this remarkable, nearly flawless debut novel that mixes a young man's coming-of-age with fantasy and adventure." -VOYA (starred review) The Wizard Heir

* "Chima uses her pen like a wand and crafts a wonderfully rich web of magic, while thankfully leaving some dangling threads for subsequent tales." -VOYA (starred review) "Chima is a talented storyteller...a strong choice for teens seeking a rousing read." -The Cleveland Plain-Dealer The Dragon Heir

* "A smoldering story soaked in tears, sweat and blood, constantly threatening to blaze into an inferno. Spellbinding." -Kirkus Reviews (starred review) "Chima continues to excel at building tension and populating her well-told tales with new and returning characters we want to know better." -Booklist