Songs and Travels of a Tudor Minstrel: Richard Sheale of Tamworth 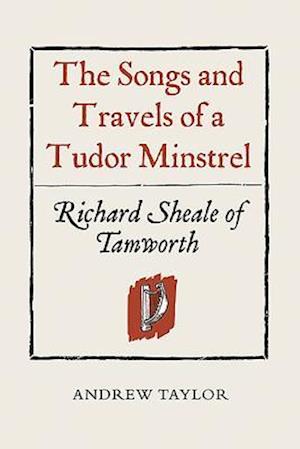 Richard Sheale, a harper and balladeer from Tamworth, is virtually the only English minstrel whose life story is known to us in any detail. It had been thought that by the sixteenth century minstrels had generally been downgraded to the role of mere jesters. However, through a careful examination of the manuscript which Sheale almost certainly "wrote" (Bodleian Ashmole 48) and other records, the author argues that the oral tradition remained vibrant at this period, contrary to the common idea that print had by this stage destroyed traditional minstrelsy. The author shows that under the patronage of Edward Stanley, earl of Derby, and his son, from one of the most important aristocratic families in England, Sheale recited and collected ballads and travelled to and from London to market them. Amongst his repertoire was the famous Chevy Chase, which Sir Philip Sidney said moved his heart "more than with a trumpet." Sheale also composed his own verse, including a lament on being robbed of 60 on his way to London; the poem is reproduced in this volume. Andrew Taylor lectures in the Department of English, University of Ottawa.

Forfattere
Bibliotekernes beskrivelse A reconstruction of the life and works of a sixteenth-century minstrel, showing the tradition to be flourishing well into the Tudor period.