The Song The Oriole Sang 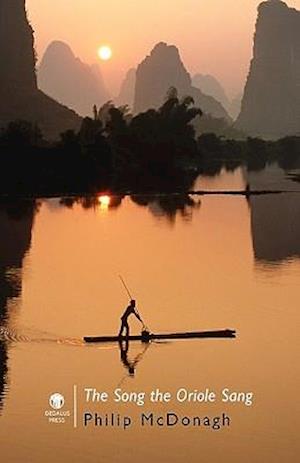 Philosophically and geographically wide-ranging (as one might expect of a diplomat poet), this second collection by Philip McDonagh features poems inspired by his experiences in places as far afield as India and Finland, at the same time as it sees him find an earth and anchor for those experiences in the realm of family, about which he writes with great tenderness. An insightful guide through political complexities, McDonagh is also very much the lyric poet, remaining open to the unexpected moment of wonder. Philip McDonagh was born in 1952, attending schools in Dublin and Copenhagen, followed by university in Oxford. As a diplomat he has had postings throughout Europe, and between 1994 and 1999 he worked at the Embassy in London where he helped develop the Peace Process. He has been Irish Ambassador in India, at the Holy See, and, more recently, in Finland. He is currently Irish Ambassador in Russia. In 1989 he was included in the volume Dedalus Introductions. Carraroe in Saxony was published in 2003; an expanded volume appeared in India as Memories of an Ionian Diplomat.