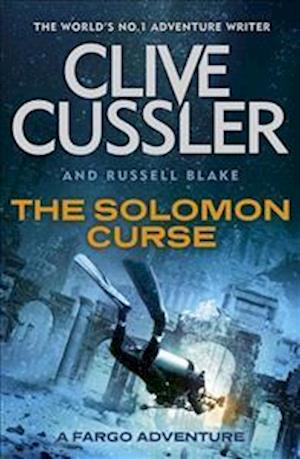 BENEATH THE WAVES A SECRET LIESIn the clear blue waters of the Solomon Islands the ruins of an ancient city have lain undisturbed for hundreds of years - until now.GUARDED BY AN ANCIENT CURSE Legend - even recent history - tells of a terrible fate befalling anyone foolish enough to venture near. Visitors do not return alive.OR SOMETHING MORE DEADLY?But when treasure-hunting team Remi and Sam Fargo dive to investigate the city, they find more than ancient monuments and lost artefacts. Because someone is using the legends to hide their own dark and grisly secret. And the closer Remi and Sam get to discovering the truth, the closer they come to being the curse's next victims . . .'Cussler is hard to beat' Daily Mail 'The Adventure King' Sunday Express 'Nobody does it better... nobody!' Stephen Coonts 'Just about the best storyteller in the business' New York Post 'Oceanography's answer to Indiana Jones. Exotic locations, ruthless villains, and many narrow escapes-Cussler's fans come for swashbuckling and he delivers' Associated Press