The Soil and Health

- A Study of Organic Agriculture 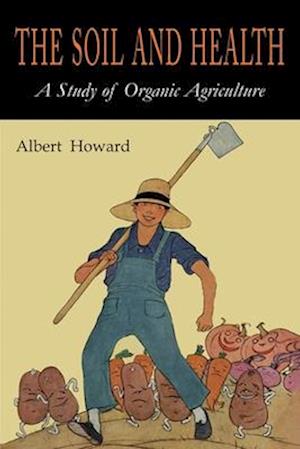 2022 Reprint of the 1947 Edition. Includes 15 illustrations (including plan and diagrams). Exact facsimile of the original edition and not reproduced with Optical Recognition Software. During his years as a scientist working for the British government in India, Sir Albert Howard conceived of and refined the principles of organic agriculture. Howard's The Soil and Health became a seminal and inspirational text in the organic movement soon after its publication in 1947. The Soil and Health argues that industrial agriculture, emergent in Howard's era and dominant today, disrupts the delicate balance of nature and irrevocably robs the soil of its fertility. Howard's classic treatise links the burgeoning health crises facing crops, livestock, and humanity to this radical degradation of the Earth's soil. His message¿that we must respect and restore the health of the soil for the benefit of future generations¿still resonates among those who are concerned about the effects of chemically enhanced agriculture.