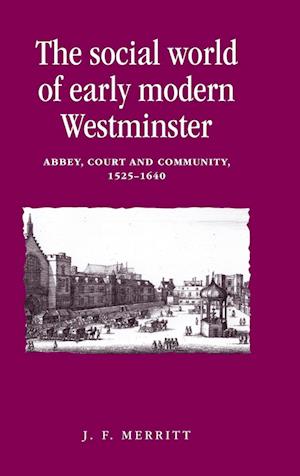 Early modern Westminster is familiar as the location of the Royal Court at Whitehall, parliament, the law courts and the emerging West End, yet it has never been studied in its own right. This book is the first study to provide an integrated picture of the town during this crucial period in its history. It reveals the often problematic relations between the diverse groups of people who constituted local society - the Court, the aristocracy, the Abbey, the middling sort and the poor - and the competing visions of Westminster's identity which their presence engendered.Different chapters study the impact of the Reformation and of the building of Whitehall Palace; the problem of poverty and the politics of communal responsibility; the character and significance of the increasing gentry presence in the town; the nature and ideology of local governing elites; the struggles over the emerging townscape; and the changing religious culture of the area, including the problematic role of the post-Reformation Abbey.A comprehensive study of one of the most populous and influential towns in early modern England, this book covers the entire period from the Reformation to the Civil War. It will make fascinating reading for historians of English society, literature and religion in this period, as well as enthusiasts of London's rich history. -- .