The Social Order of the Underworld 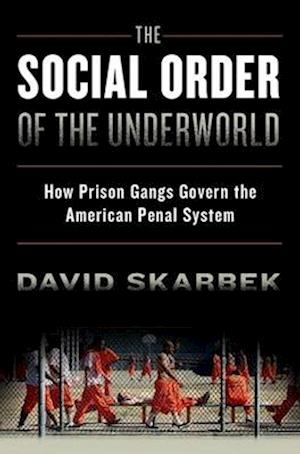 This book challenges the widely held view that inmates create prison gangs to promote racism and violence. On the contrary, gangs form to create order. Most people assume that violent inmates left to themselves will descend into a chaotic anarchy, but that's not necessarily the case. This book studies the hidden order of the prison underworld to understand how order arises among outlaws. It uses economics to explore the secret world of the convict culture, inmatehierarchy, and prison gang politics. Inmates engaged in illegal activity cannot rely entirely on state-based governance institutions, such as courts of law and the police, to create order. Correctional officers will not resolve a dispute over a heroin deal gone wrong or help kill a predatory rapist.Yet, the inmate social system is relatively orderly and underground markets flourish. In today's prisons, gangs play a pivotal role in protecting inmates and facilitating illicit commerce. They have sophisticated internal structures and often rely on elaborate written constitutions. To maintain social order, gangs adjudicate conflicts and orchestrate strategic acts of violence to negotiate the competing demands of inmates, gang members, and correctional officers. This book uses economics toexplain why prison gangs form, how formal institutions affect them, and why they have a powerful influence even over crime beyond prison walls. Economics explains the seemingly irrational, truly astonishing, and often tragic world of life among the society of captives.

Forfattere
Bibliotekernes beskrivelse In today's prisons, gangs protect inmates and enforce deals in illicit markets. In doing so, prison gangs promote order in prison. This book uses economics to explore the secret world of the convict culture, inmate hierarchy, and prison gang politics to explain why and how prison gangs form and operate.PRIZES:Winner of 2014 Outstanding Publication Award, International Association for the Study of Organized Crime.