The Social Impacts of Urban Containment 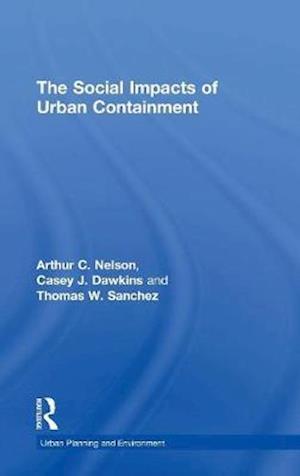 One of the policies that has been most widely used to try to limit urban sprawl has been that of urban containment. These policies are planning controls limiting the growth of cities in an attempt to preserve open rural uses, such as habitat, agriculture and forestry, in urban regions. While there has been a substantial amount of research into these urban containment policies, most have focused on issues of land use, consumption, transportation impacts or economic development issues. This book examines the effects of urban containment policies on key social issues, such as housing, wealth building and creation, racial segregation and gentrification. It argues that, while the policies make important contributions to environmental sustainability, they also affect affordability for all the economic groups of citizens aside from the most wealthy. However, it also puts forward suggestions for revising such policies to counter these possible negative social impacts. As such, it will be valuable reading for scholars of environmental planning, social policy and regional development, as well as for policy makers.

Forfattere
Bibliotekernes beskrivelse Examines the effects of urban containment policies of social issues, such as housing, wealth creation, and racial segregation. This book presents an argument that, while the policies make important contributions to environmental sustainability, they also affect affordability for the economic groups of citizens aside from the most wealthy.