The Snows of Kilimanjaro and Other Stories 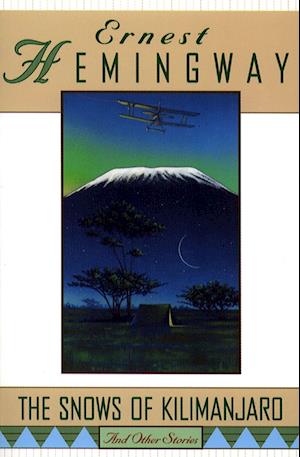 The Snows of Kilimanjaro and Other Stories contains ten of Hemingway's most acclaimed and popular works of short fiction. Selected from Winner Take Nothing, Men Without Women, and The Fifth Column and the First Forty-Nine Stories, this collection includes "The Killers," the first of Hemingway's mature stories to be accepted by an American periodical; the autobiographical "Fathers and Sons," which alludes, for the first time in Hemingway's career, to his father's suicide; "The Short Happy Life of Francis Macomber," a "brilliant fusion of personal observation, heresay, and invention," wrote Hemingway's biographer, Carlos Baker; and the title story itself, of which Hemingway said: "I put all the true stuff in," with enough material, he boasted, to fill four novels. Beautiful in their simplicity, startling in their originality, and unsurpassed in their craftsmanship, the stories in this volume highlight one of America's master storytellers at the top of his form.

Forfattere
Bibliotekernes beskrivelse These ten stories are classic Hemingway. Written in the tough, terse prose style that made him one of the greatest American writers of the 20th century and reflecting his obsession with such masculine pursuits as boxing, big-game hunting, and war, they offer powerful portraits of how men confront the fear of death--and the emptiness of their lives.