The Smells and Senses of Antiquity in the Modern Imagination 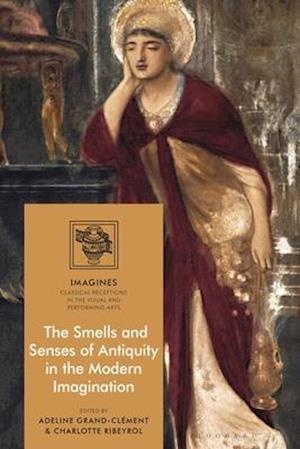 This volume tackles the role of smell, under-explored in relation to the other senses, in the modern rejection, reappraisal and idealisation of antiquity. Among the senses olfaction in particular has often been overlooked in classical reception studies due to its evanescent nature, which makes this sense difficult to apprehend in its past instantiations. And yet, the smells associated with a given figure or social group convey a rich imagery which in turn connotes specific values: perfumes, scents and foul odours both reflect and mould the ways in which a society thinks or acts. Smells also help to distinguish between male and female, citizens and strangers, and play an important role during rituals. The Smells and Senses of Antiquity in the Modern Imagination focuses on the representation of ancient smells - both enticing and repugnant - in the visual and performative arts from the late 18th century up to the 21st century. The individual contributions explore painting, sculpture, literature and film, but also theatrical performance, museum exhibitions, advertising, television series, historical reenactment and graphic novels, which have all played a part in reshaping modern audiences' perceptions and experiences of the antique.