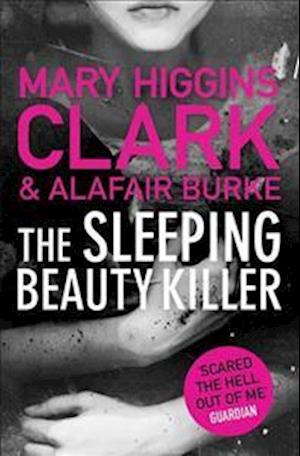 Falsely accused victim? Or cold-blooded killer? Casey Carter was convicted of murdering her fiance fifteen years ago. But Casey claims - has always claimed - she's innocent. And although she was charged and served out her sentence in prison, she is still living 'under suspicion'. She hears whispers at the grocery store. She can't get a job. Even her own mother treats her like she's guilty. Her story attracts the attention of Laurie Moran and the Under Suspicion news team - it's Casey's last chance to finally clear her name, and Laurie pledges to exonerate her. Now Laurie must face an egomaniacal new co-host, a relentless gossip columnist who seems to have all the dirt and Casey's longstanding bad reputation to once and for all prove Casey's innocence -that is, if she's innocent...Praise for Mary Higgins Clark: 'I adore Mary Higgins Clark' Karin Slaughter 'Teeming with tantalizing twists, Clark's crackling tale of identity theft, revenge, and murder is a tempting and thought-provoking thriller' Booklist 'Trust Mary Higgins Clark to know what frightens us to death' New York Times 'Clark plays out her story like the pro that she is . . . flawless' Daily Mirror 'Should come with a warning: start in the evening and you'll be reading late into the night' USA Today

Forfattere
Bibliotekernes beskrivelse In the third novel in the UNDER SUSPICION series, Laurie and her crew re-investigate a woman convicted of murdering her fiance