The Sinking of HMS Royal Oak

- In the Words of the Survivors 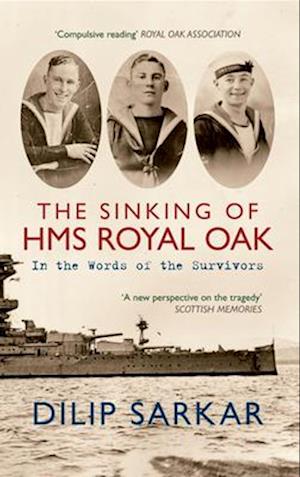 HMS Royal Oak was a Revenge-class battleship of the British Royal Navy, infamously torpedoed at anchor by the German submarine U-47 on 14 October 1939. Royal Oak was anchored at Scapa Flow in Orkney, Scotland when she became the first of the five Royal Navy battleships and battle cruisers sunk in the Second World War. The loss of life was heavy: of Royal Oak's complement of 1,234 men and boys, 833 were killed that night or died later of their wounds. The raid made an immediate celebrity and war hero out of the German U-boat commander, Gunther Prien, who became the first submarine officer to be awarded the Knight's Cross of the Iron Cross. To the British, the raid demonstrated that the Germans were capable of bringing the naval war to their home waters, and the shock resulted in rapidly arranged changes to dockland security. Now lying upside-down in 30 m of water with her hull 5 m beneath the surface, Royal Oak is a designated war grave. Includes 103 Photographs

Forfattere
Bibliotekernes beskrivelse The story of the sinking of the HMS Royal Oak by a German submarine which cost the lives of 833 Royal Navy sailors. 103 Illustrations, unspecified