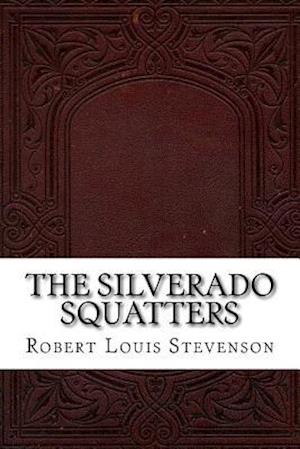 The scene of this little book is on a high mountain. There are, indeed, many higher; there are many of a nobler outline. It is no place of pilgrimage for the summary globe-trotter; but to one who lives upon its sides, Mount Saint Helena soon becomes a center of interest. It is the Mont Blanc of one section of the Californian Coast Range, none of its near neighbors rising to one-half its altitude. It looks down on much green, intricate country. It feeds in the spring-time many splashing brooks. From its summit you must have an excellent lesson of geography: seeing, to the south, San Francisco Bay, with Tamalpais on the one hand and Monte Diablo on the other; to the west and thirty miles away, the open ocean; eastward, across the corn-lands and thick tule swamps of Sacramento Valley, to where the Central Pacific railroad begins to climb the sides of the Sierras; and northward, for what I know, the white head of Shasta looking down on Oregon. . . . Robert Louis (Balfour) Stevenson (November 13, 1850-December 3, 1894), was a Scottish novelist, poet, and travel writer, and a leading representative of Neo-romanticism in English literature. He was the man who "seemed to pick the right word up on the point of his pen, like a man playing spillikins," as G. K. Chesterton put it. He was also greatly admired by many authors, including Jorge Luis Borges, Ernest Hemingway, Rudyard Kipling and Vladimir Nabokov. Most modernist writers dismissed him, however, because he was popular and did not write within their narrow definition of literature. It is only recently that critics have begun to look beyond Stevenson's popularity and allow him a place in the canon. Source: Wikipedia