The Shores Beyond Time

indgår i serie Chronicle of the Dark Star 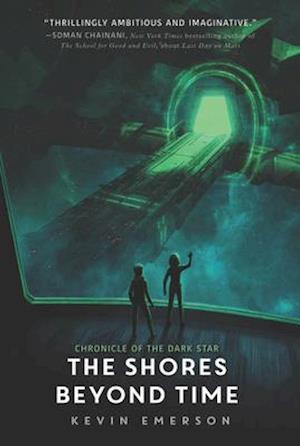 It is Earth year 2256--but the fate of the few who even remember Earth is perilously in doubt. Mina Saunders-Chang and many of the surviving humans are stranded in the Centauri system, having barely survived their confrontation with the Telphon refugees. Now everyone--human and Telphon alike--is caught in the blast zone of the Centauri supernova. And yet there's only one question Mina is asking:

Where are Liam and Phoebe?

Having barely made it through the battle at the Centauri system with their lives, Liam and Phoebe awake on a mysterious ship in the middle of a dead universe. The ship bears the markings of a human starliner that disappeared decades ago--but even more disturbing than that is the massive alien machine floating in the starless space before them.

A machine long abandoned but now showing signs of life. A machine that has begun speaking to Liam in a voice only he can hear. . . .