The Sexual Life of English

- Languages of Caste and Desire in Colonial India

indgår i serie Next Wave: New Directions in Women's Studies 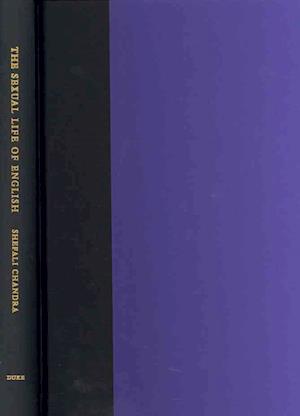 In The Sexual Life of English, Shefali Chandra examines how English became an Indian language. She rejects the idea that English was fully formed before its life in India or that it was imposed from without. Rather, by drawing attention to sexuality and power, Chandra argues that the English language was produced through conflicts over caste, religion, and class. Sentiments and experiences of desire, respectability, conjugality, status, consumption, and fashion came together to create the Indian history of English. The language was shaped by the sexual experiences of Indians and by native attempts to discipline the normative sexual subject. Focusing on the years between 1850 and 1930, Chandra scrutinizes the English-education project as Indians gained the power to direct it themselves. She delves into the history of schools, the composition of the student bodies, and disagreements about curricula; the way that English-educated subjects wrote about English; and debates in English and Marathi popular culture. Chandra shows how concerns over linguistic change were popularly voiced in a sexual idiom, how English and the vernacular were separated through the vocabulary of sexual difference, and how the demand for matrimony naturalized the social location of the English language.

Forfattere
Bibliotekernes beskrivelse Chandra explores how English became an Indian language during the colonial period of 1850-1930. Using archival and literary sources, she focuses on elite language education for girls and women.