The Seventh Most Important Thing 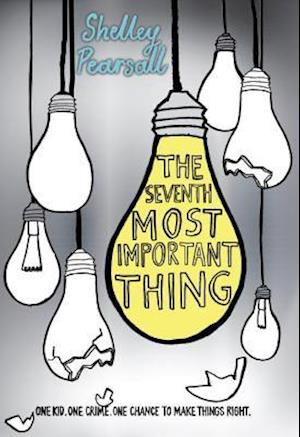 This "luminescent" (Kirkus Reviews) story of anger and art, loss and redemption will appeal to fans of Lisa Graff's Lost in the Sun and Vince Vawter's Paperboy. NOMINATED FOR 16 STATE AWARDS

AN ALA NOTABLE BOOK

A KIRKUS REVIEWS BEST BOOK OF THE YEAR Arthur T. Owens grabbed a brick and hurled it at the trash picker. Arthur had his reasons, and the brick hit the Junk Man in the arm, not the head. But none of that matters to the judge--he is ready to send Arthur to juvie forever. Amazingly, it's the Junk Man himself who offers an alternative: 120 hours of community service . . . working for him. Arthur is given a rickety shopping cart and a list of the Seven Most Important Things: glass bottles, foil, cardboard, pieces of wood, lightbulbs, coffee cans, and mirrors. He can't believe it--is he really supposed to rummage through people's trash? But it isn't long before Arthur realizes there's more to the Junk Man than meets the eye, and the "trash" he's collecting is being transformed into something more precious than anyone could imagine. . . . Inspired by the work of folk artist James Hampton, Shelley Pearsall has crafted an affecting and redemptive novel about discovering what shines within us all, even when life seems full of darkness. "A moving exploration of how there is often so much more than meets the eye." --Booklist, starred review "There are so many things to love about this book. Remarkable." --The Christian Science Monitor