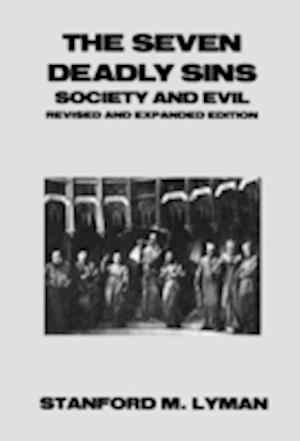 When Stanford M. Lyman authored The Seven Deadly Sins: Society and Evil in 1978 it was hailed by Alasdair MacIntyre as 'a book of absorbing interest and importance_[that] places us all in his debt.' By Nelson Hart as 'a masterful and thought-provoking book_[that] is the only scholarly treatment of sin that is so well-informed by the best of ancient through modern perspectives.' By James A. Aho as a work whose 'abstract hardly does justice to the scholarly and detailed analysis of sin.' And by Harry Cohen as a 'book_[that] stands as a beautiful illustration of what holistic, idiosyncratic, interdisciplinary, and creative thinking and writing can bring to bear on the age-old problem of society and evil.' The American Sociological Association's section on the Sociology of the Emotions selected this book as one of the works that laid the foundations for the study of pride, lust, envy, and anger-basic sentiments embedded in the social process. For this revised and expanded edition Lyman has written a new chapter, 'Sentiments, Sin, and Social Conflict: Toward a Sociology of the Emotions.' The new edition will be a valuable work for courses in social psychology, ethics, deviance, and the sociology of morals and of religion.