The Self, Supervenience and Personal Identity 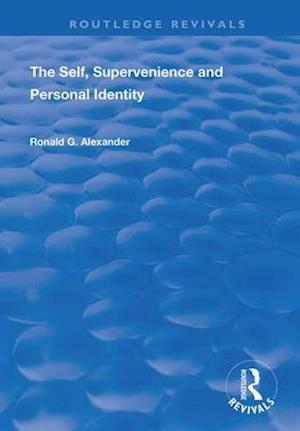 First published in 1997, this volume addresses the issue of personal identity by examining the possibility that a person is ascribed identity on the basis of having a supervenient self. Ronald G. Alexander uses the methods of non-eidetic phenomenology and analytic ontology to argue that the self is supervenient on the physical and psychological properties of the human being. Understood through the manner Alexander advocates, the self is not a statis entity, but reflects the temporal nature of the person. Alexander argues that the self is the 'pattern', 'character', or 'narrative identity' that is the outcome of a person's decision-making and actions.