The Secrets of the Wild Wood 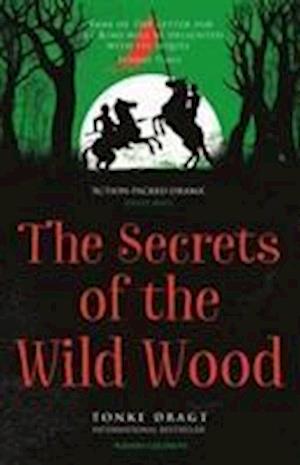 A Sunday Times and Daily Telegraph Book of the Year'Fans of The Letter for the King will be delighted with its sequel' Sunday Times'Action-packed drama' Daily MailOne of the King's most trusted knights has vanished in the snow, so young Sir Tiuri and his best friend Piak must journey into the shadowy heart of the forest to find him.The Wild Wood is a place of mysteries, rumours and whispered tales. A place of lost cities, ancient curses, robbers, princesses and Men in Green.As the darkness surrounds him and reports grow of secret plots and ruthless enemies, Tiuri finds himself alone and fighting for survival - caught in a world where good and evil wear the same face, and the wrong move could cost him his life...'Thrilling' Metro'Deserves readers of all ages' Sunday Express

Forfattere
Bibliotekernes beskrivelse Tiuri returns in The Secrets of the Wild Wood, the thrilling and long-awaited sequel to The Letter for the King!