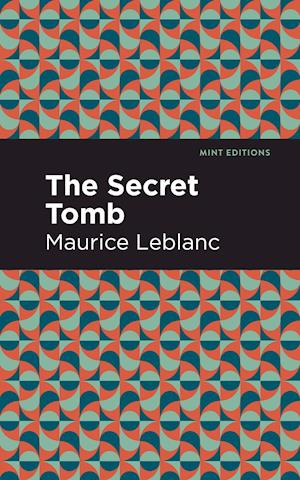 The Secret Tomb (1923) is a novel by Maurice Leblanc. Although he is known for his series of stories and novels featuring Arsene Lupin, a character based on the life of French anarchist Marius Jacob and inspired by Arthur Conan Doyle's Sherlock Holmes, Leblanc also wrote standalone tales of mystery and adventure. The Secret Tomb is an entertaining blend of fantasy and crime fiction for children and adults alike.As the sun begins to set, Dorothy grows worried about her young comrade Saint-Quentin, a teenage boy with a passion for adventure and a knack for troublemaking. Leaving their caravan, a group of orphaned children living as circus performers, Dorothy sets out into the woods to look for the boy. Remembering the castle they had recently discovered, and recalling that Saint-Quentin had wanted to sneak inside, Dorothy makes her way to a stony outcrop surrounding the rampart, where she discovers a strange man lurking. She quickly hides and watches as he opens a passage into a hidden lair. Just then, as she sees the silhouette of Saint-Quentin climb out from a castle window, the man aims a rifle in her friend's direction, forcing Dorothy to abandon her hiding place and save Saint-Quentin's life. The ensuing mystery involves the lord and lady of the Chateau de Roborey, a family secret, and a name from the distant past.With a beautifully designed cover and professionally typeset manuscript, this edition of Maurice Leblanc's The Secret Tomb is a classic of French literature reimagined for modern readers.