- The Inside Story of the Olympic Experience 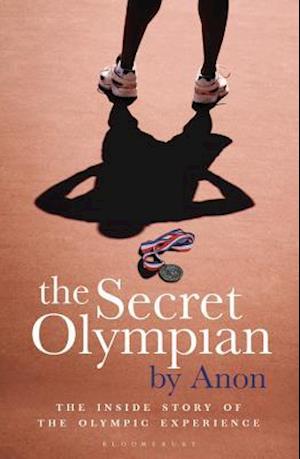 The vast majority of us can only dream of being an Olympic-level athlete - but we have no real idea of what that means. Here, for the first time, in all its shocking, funny and downright bizarre glory, is the truth of the Olympic experience.It is an unimaginable world: the kitting-out ceremony with its 35kg of team clothing per athletethe pre-Olympic holding camp with its practical jokes, resentment and fighting, and freaky physiological regimesthe politicians' visits with their flirty spousesthe vast range of athletes with their odd body shapes and freakish geneticsthe release post-competion in the Olympic village with all the excessive drinking, eating, partying and sex (not necessarily in that order)the hysteria of homecoming celebrations and the comedown that follows - how do you adjust to life after the Games?The Secret Olympian talks to scores of Olympic athletes - past and present, from Munich 1960 right through to London 2012, including British, American, Australian, Dutch, French, Croatian, German, Canadian and Italian competitors. They all have a tale to tell - and most of those tales would make your eyes pop more than an Olympic weightlifter's.

Forfattere
Bibliotekernes beskrivelse The Secret Olympian exposes the truth of what goes on at the Olympic Games. Shocking, funny and slightly tongue in cheek, a former Olympian reveals the world of the Olympic athlete - and, behind the scenes, what a bizarre world it is....