The Secret Lives Of The Dalai Lama

- Holder of the White Lotus 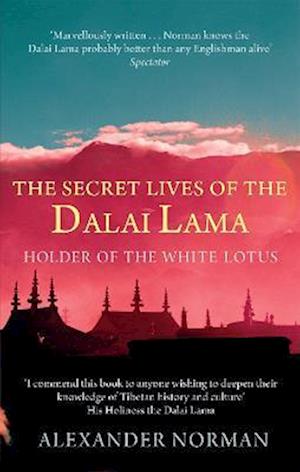 His Holiness the Dalai Lama is renowned the world over for his unswerving dedication to non-violence in his efforts to achieve justice for Tibet, yet the Chinese call him 'a wolf in monk's robes'. He is fourteenth in a lineage whose history is every bit as bloody and intrigue-laden as that of the Papacy. The sixth Dalai Lama was a notorious womaniser, four successive ones were almost certainly murdered and the present Dalai Lama has himself been the target of attacks that resulted in the brutal murder of a close colleagueTHE LIVES OF THE DALAI LAMA gives a fast-paced and absorbing insight into the real story of Tibetan culture, politics and spirituality, and shows the Dalai Lama as a man of courage, compassion and honesty.