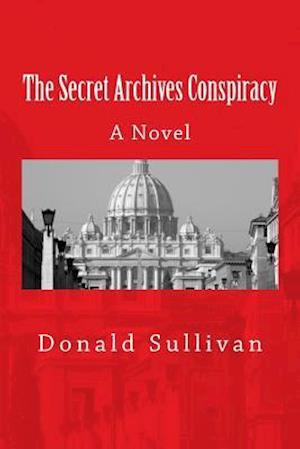 Amid controversy created by a newly elected Pope, a young American priest surreptitiously removes a locked steel box from the Secret Archives of the Vatican. His body is discovered the next day in Venice; the box is missing. When Washington lawyer James Patrick comes to bury his brother, he is unable to learn anything about the murder and is swept up in a webb of intrigue, apparently involving the Church, the police and even the CIA. His search for the truth leads him to Francesca Veronese, a beautiful aristocratic professor of history. Together, they travel to an ancient abbey in Tuscany where they meet a wizened old priest who is locked away as a lunatic. He claims to have worked in the Secret Archives and seen a file that the Church claims does not exist. He tells a fantastic story, maintaining that a 400 year old secret in the file could destroy the Church and even bring about world-wide catastrophe should it be revealed. Perhaps, he speculates, that is what James' brother took. James and Francesca must decide if the old priest is truly insane or the victim of Church hierarchy who cannot afford to have his fantastic secret exposed. As they penetrate the labyrinthine alleys of Venice in their search for the murderer, they become targets of unknown assassins. They cannot trust the police, the Church or the CIA. Their only hope is to find the missing Archival material and learn the truth.