The Second World War and the 'Other British Isles'

- Memory and Heritage in the Isle of Man, Orkney and the Channel Islands 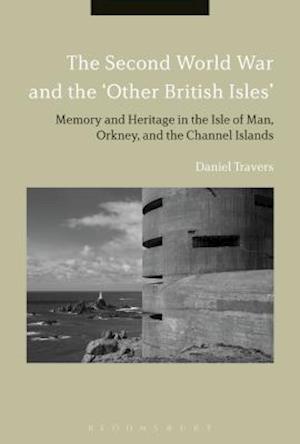 What is often held to be Britain's 'finest hour' - the Second World War - was not experienced so uniformly across the British Isles. On the margins, the war was endured in profoundly different ways. While D-Day or Dunkirk is embedded in British collective memory, how many Britons can recall that Finns were interned on the Isle of Man, that enemy soldiers developed British infrastructure in Orkney, or that British subjects were sent to concentration camps from Guernsey? Such experiences, tangential to the dominant British war narrative, are commemorated elsewhere in the 'other British Isles'. In this remarkable contribution to British Island Studies, Daniel Travers pursues these histories and their commemoration across numerous local sites of memory: museums, heritage sites and public spaces. He examines the way these island identities assert their own distinctiveness over the British wartime story, and ultimately the way they fit into the ongoing discourse about how the memory of the Second World War has been constructed since 1945.