The Second Life of Samuel Tyne 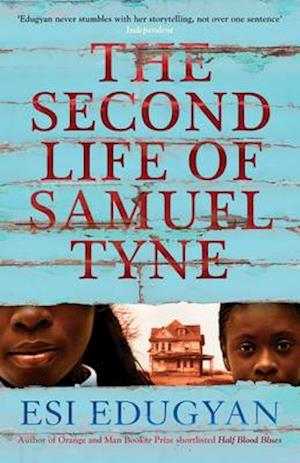 Samuel Tyne always believed he was destined for greatness. Emigrating to Canada from Ghana in the 1960'S was the first step on this path, but fifteen years later his grand plans have stalled. He now has a wife Maud, twin thirteen year old daughters Chloe and Yvette, and a mind-numbing job. But then he is thrown a life line. His uncle Jacob dies, leaving him a grand but crumbling house in the town of Aster, and Samuel persuades his reluctant family to seize this chance for a new beginning. At first Aster seems perfect, but soon the town's faultlines are revealed, and the family begins to feel the strain. Samuel opens an electrical shop, but the business falters as he falls victim to his own outlandish ambitions, trying to build computers when all the townspeople want is lightbulbs and radios. His wife is unhappy, and as for his daughters - they are drifting into a private world of two, their behaviour becoming ever more sinister and disturbing to everyone around them. When their school friend Ama comes to stay and nearly drowns in mysterious circumstances, and then a series of fires around the town go unexplained, Samuel and Maud must face up to the secrets within their own family, secrets that threaten to completely tear apart the life they have built.