indgår i serie The Arctic Murders 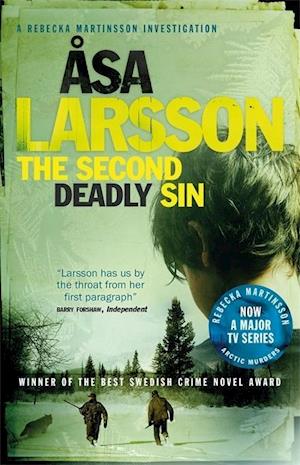 The novels that inspired Rebecka Martinsson: Arctic Murders - the major TV series"Rebecka Martinsson: the new Scandi-noir heroine to rival Saga Noren and Sarah Lund" iNews"In a television world now awash in female coppers, there aren't many as interesting and human as Rebecka" Wall Street JournalAt the end of a deadly bear hunt across the wilderness of Northern Sweden, the successful hunters are shaken by a grisly discovery. Across in Kurravaara, a woman is murdered with frenzied brutality: crude abuse scrawled above her bloodied bed, her young grandson nowhere to be found. Only Rebecka Martinsson sees a connection. Dropped from the case thanks to a jealous rival, she now stands alone against a killer who brings death to young and old, spawned by a horrifying crime that festers after one hundred years on ice.

Forfattere
Bibliotekernes beskrivelse At the end of a deadly bear hunt across the wilderness of Northern Sweden, the hunters are shaken by a horrifying discovery... Across in Kurravaara, a woman is murdered with horrific brutality... Only Rebecka Martinsson sees a connection but she's been dropped from the case...