- My Eyes have seen the Glory of His Return

indgår i serie Knowledge of the Biblical Millennium 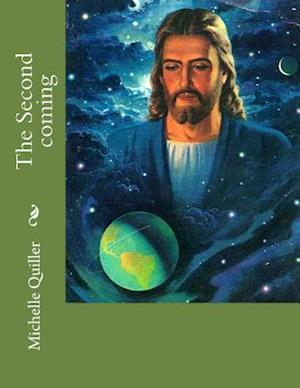 For too long, the Church has looked over and even denied God's truth even as it is written on the pages of the scriptures with no need for further translation, such as the eight day Adam and Eve creation. Many lack the knowledge of the scriptures, and many are ignorant of how God's plan of salvation all began from the beginning of this earth age as written in Genesis chapter one to three. But most reject anything that is contrary to what they were originally taught. Among the church folk who are supposed to be deeper in knowledge of the scriptures as a whole with greater ability than the secular minded to able to understand the spiritual things, however to many church goers lack in the knowledge that God's salvation plan will not be completed until after he returns. God's plan of Salvation will not be completed until the end of the flesh life of man and the end of this earth's age. As there will be no end of salvation or of this earth's planet, but an end of the madness of the natural things. Although many teachers are misread of scripture on this subject, and the un-learned concerning the totality of God's salvation plan of mankind as written in the scriptures. Many believe that the Father, Creator of us all is just going to end the world as they are now with all of the killing, murder, theft, lies and deception in the church doctrine, and burn up everybody evil and the whole earth within the fires of hell forever. This is not the way of the loving Father; there is a teaching reign which will begin after the Second Advent return of Christ to this earth for a period of a thousand years of correction in doctrine which will be led by his teaching remnant who will report back and forth before Christ during this teaching Millennium when satan will not be able to interfere as he is present in the world now to influence everything in the teaching of the doctrine. There will be a separating of the good from the bad, the scriptures calls this kingdom harvest the time of the threshing by way of a sharp sickle" which will cut away to sever by force that which offends before the day of God's great white thrown of judgment according to Rev. 15:17-21. What is so critical about the knowledge of the Church of the scriptures is that when we don't understand what happened in the beginning of creation from the book of Genesis chapter one, we also will not understand the events surrounding the opening of the seals, trumpets and vials of the book of Revelations. These seals, trumpets, and vials parallel the plagues of discipline on the wicked ones' of Noah's day. This is another one of the examples of the simplification which God has provided for our understanding from the very beginning of how the end time will be wrapped up by teaching us through association with that which happened in the beginning foretelling the end time. The stories of the days of Cain, and Noah, and Abraham spell out the completion of the Creator's plan of salvation for all to be able to understand by association and the familiarity with those events which happen in the beginning of the Bible. The unfolding of the events which completes this age's ending of the harvesting process which begins at Christ's 2nd Advent return, as they have already began unfolding in the world news since 1942, the year of the beginning of the fig tree generation. Now is the unfolding in this fig tree season of end times which Christ taught us concerning learning the meaning of this generation in Mk. 13? These are the signs of the "beginning of sorrows" also biblically referred to as the "groaning pains" known also of the scriptures in the major prophets as "Jacob' troubles" which must come upon the entire world before this age' end. The heavenly age commences once Christ sets down here on earth and all will see him, and all will instantly be changed into their spirit body at Christ' 2nd Advent return.