The Sea in History - The Modern World 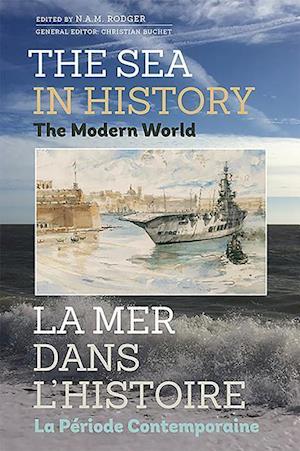 How important has the sea been in the development of human history? Very important indeed is the conclusion of this ground-breaking four volume work. The books bring together the world's leading maritime historians, who address the question of what difference the sea has made in relation to around 250 situations ranging from the earliest times to the present. They consider, across the entire world, subjects related to human migration, trade, economic development, warfare, the building of political units including states and empires, the dissemination of ideas, culture and religion, and much more, showing how the sea was crucial to all these aspects of human development. The Sea in History - The Modern World covers the nineteenth and twentieth centuries, when the global reach of major powers frequently brought them into conflict with each other, including conflict at sea. The many majors wars at sea of the period are discussed, as are the planning and strategic thinking of the major powers in cases both where war followed and where it did not, and in addition the role and thinking of less important powers such as Portugal and Denmark are analysed. The book considers how in this first great age of 'globalisation' seaborne trade helped many countries to prosperity by participation in the global economy, a process halted by the First World War and not resumed until the 1950s. The book also examines maritime resources including fishing and whaling; ships, shipbuilding, ports and navigation; and the logistics of supporting long distance maritime activity. One very interesting chapter on late imperial China shows how China's then failure to take maritime issues seriously was a major factor in the empire's collapse. 58 of the contributions are in English; 6 are in French. N. A. M. RODGER is a Senior Research Fellow at All Souls College, Oxford CHRISTIAN BUCHET is Professor of Maritime History, Catholic University of Paris, Scientific Director of Oceanides and a member of l'Academie de marine.

Forfattere
Bibliotekernes beskrivelse An assessment of how important the sea has been in the development of modern history.