The Scramble for Art in Central Africa

- Scramble for Art in Central Africa 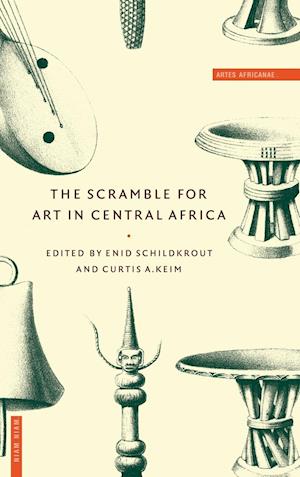 Western attitudes to Africa have been influenced to an extraordinary degree by the arts and artefacts that were brought back by the early collectors, exhibited in museums, and celebrated by scholars and artists in the metropolitan centres. The contributors to this volume trace the life history of artefacts that were brought to Europe and America from Congo towards the end of the nineteenth century, and became the subjects of museum displays. They also present fascinating case studies of the pioneering collectors, including such major figures as Frobenius and Torday. They discuss the complex and sensitive issues involved in the business of 'collecting', and show how the collections and exhibitions influenced academic debates about the categories of art and artefact, and the notion of authenticity, and challenged conventional aesthetic values, as modern Western artists began to draw on African models.

Forfattere
Bibliotekernes beskrivelse This book is about the expeditions from Europe and North America to collect African art objects at the turn of the century. It describes fascinating encounters between traders, missionaries, ethnographers and African suppliers, and considers how these objects were used in the invention of Africa by the West. 29 Halftones, unspecified