Scourge of the Swastika 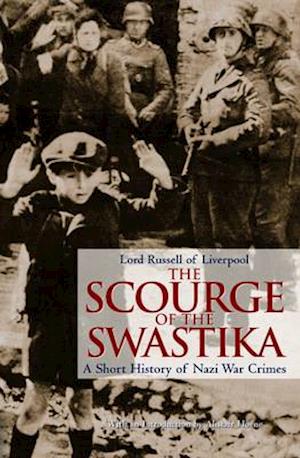 This factual account of German war crimes of World War II is a formidable indictment of Nazi brutality and of the inhuman organisation which so terrorised occupied Europe and murdered at least 12,000,000 civilians. Drawing on documentary evidence submitted to the Nuremberg trials and brilliantly written by an expert intimately connected to the prosecution of war criminals, this searing condemnation of the Third Reich's crimes is factual, objective and unstinting in its efforts to expose the truth behind real or alleged atrocities. It examines Hitler's instruments of tyranny - the SS, Gestapo and Army - and repression; German crimes against prisoners of war; outrages committed on the high seas; crimes against civilian populations; the mass use of slave labour; the concentration camps; and the 'Final Solution' of the Jewish question. The Scourge of the Swastika remains the most concise and readable study of the disturbing subject of Nazi crimes, and Alistair Horne's new introduction updates this classic text for today's audience.