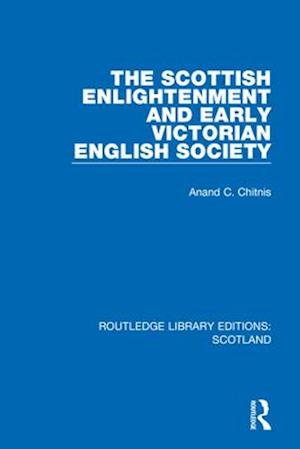 Originally published in 1986, this book creates a vivid portrait of the interaction of Scottish ideas and early Victorian English society over 50 years, illuminated by detail and substantial in its range. The book delineates certain ideas of the so-called Scottish Enlightenment and the education that purveyed them. It considers those who taught and received that learning and how it was taken to England. There, through the mediation of politicians, lawyers, economists, doctors and others, the intellectual life of later 18th Century Scotland had a profound impact on many areas of historical development in early 19th Century England. The book concentrates on the influence of Scottish social thought and medical practice, high Whig politics and political economy, as well as the professional experience and socio-cultural significance of Scottish-trained physicians.