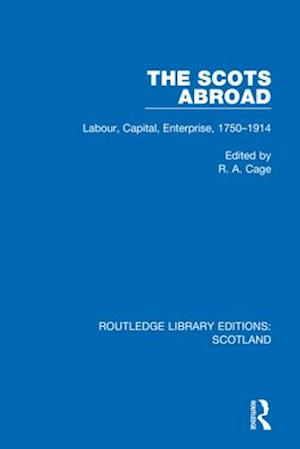 Originally published in 1985, this book examines the extent of Scottish migration and Scottish involvement in the process of development. Although there are many books written on the Scots abroad, this volume is unique in that it has a unifying theme: each contributor has concentrated on the role played by the Scots in the economic development of their relevant country or area which include England, Canada, the USA, Australia, New Zealand, India, Latin America and Japan. This will be of interest to both social and economic historians.