The Scientific Way of Warfare,

- Order and Chaos on the Battlefields of Modernity 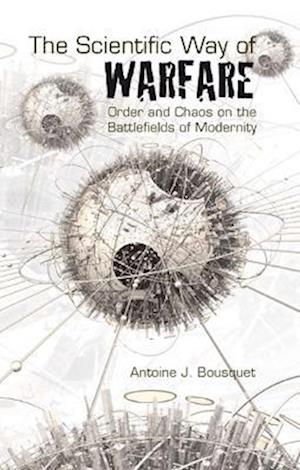 Bousquet's book considers the impact of key technologies and scientific ideas on the practice of warfare and the handling of the perennial tension between order and chaos on the battlefield. It spans the entire modern era, from the Scientific Revolution to the present, eschewing traditional accounts of technological change in war and instead exploring modern warfare as the constitution of increasingly complex social assemblages of bodies and machines whose integration has been made possible through the deployment of scientific methodology. Scientific conceptual frameworks have been increasingly applied to the theoretical understanding of war, particularly when they have been associated with influential technologies such as the clock, the engine, or the computer.Conversely, many scientific developments have been stimulated or conditioned by the experience of war, especially since the Second World War and the unprecedented technological and industrial effort that characterised it. The constitution and perpetuation of this scientific way of warfare, marked by an increasingly tight symbiosis between technology, science, and war, are best understood in the context of the state's attempts to make war into a rational instrument of policy. Bousquet also explores the relative benefits (such as providing a unique chain of command over the decision to use nuclear weapons) and disadvantages of centralising and decentralising approaches to military affairs, as exemplified in network-centric theory and in the activities of non-state actors such as insurgents.

Forfattere
Bibliotekernes beskrivelse Considers the impact of technologies and scientific ideas on the practice of warfare and the handling of the perennial tension between order and chaos on the battlefield. This work explores modern warfare as the constitution of complex social assemblages of machines whose integration has been made through the deployment of scientific methodology.