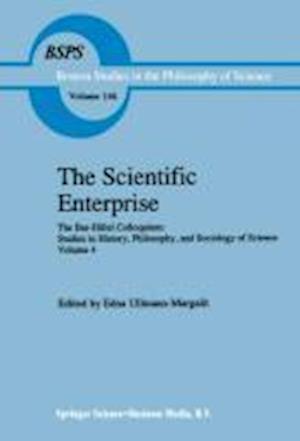 The volume before us is the fourth in the series of proceedings of what used to be the Israel Colloquium for the History, Philosophy and Sociology of Science. This Colloquium has in the meantime been renamed. It now bears the name of Yehoshua Bar-Hillel (1915-1975). Bar-Hillel was an eminent philosopher of science, language, and cognition, as well as a fearless fighter for enlightenment and a passionate teacher who had a durable influence on Israeli philosophical life. The essays collected in this volume have of course this much in common, that they are all in, of, and pertaining to science. They also share the property of having all been delivered before live, and often lively, audiences in Jerusalem and in Tel Aviv, in the years 1984-1986. As is customary in the volumes of this series, the essays and commentaries presented here are intended to strike a rather special balance between the disciplines to which the Colloquium is dedicated. The historical and sociological vantage point is addressed in Kramnick's and Mali's treatment of Priestley, in Vickers' and Feldhay's studies of the Renaissance occult, and in Warnke's and Barasch's work on the imagination. From a philosophical angle several concepts, all material to the methodology of science, are taken up: rule following, by Smart and Margalit; analysis, by Ackerman; explanation, by Taylor; and the role of mathematics in physics, by Levy-Leblond and Pitowsky.

Forfattere
Bibliotekernes beskrivelse The volume before us is the fourth in the series of proceedings of what used to be the Israel Colloquium for the History, Philosophy and Sociology of Science. 1 Paperback / softback IX, 302 p.