The Science of Prehistoric Giants 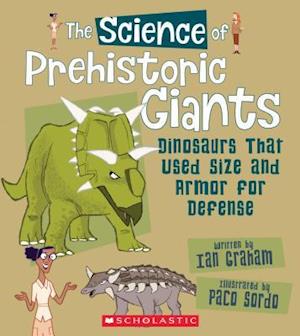 These creatures are some of the oldest to have roamed our planet.

The first dinosaurs were small meat-eaters, or carnivores, that snapped up bugs and other small creatures. Then some dinosaurs started eating plants. They were herbivores. Over millions of years, bigger and bigger dinosaurs evolved. The plant-eaters, or herbivores, were the biggest by far. Some of them were really awesome giants more than 30 metres (100 ft) long, and standing taller than a house. They were the biggest creatures that have ever lived on land. This book explores the lives of these gigantic creatures, exploring their diet, physical characteristics, and how they could defend themselves against predators.