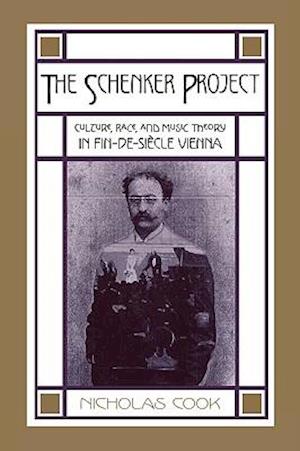 Today we think of Heinrich Schenker, who lived in Vienna from 1884 until his death in 1935, as the most influential music theorist of the twentieth century. But he saw his theoretical writings as part of a comprehensive project for the reform of musical composition, performance, criticism, and education-and beyond that, as addressing fundamental cultural, social, and political problems of the deeply troubled age in which he lived. This book aims to explain Schenker'sproject through reading his key works within a series of period contexts. These include music criticism, the field in which Schenker first made his name; Viennese modernism, particularly the debate over architectural ornamentation; German cultural conservatism, which is the source of many ofSchenker's most deeply entrenched values; and Schenker's own position as a Galician Jew who came to Vienna just as fully racialized anti-semitism was developing there. As well as presenting an unfamiliar perspective on the cultural and political ferment of fin-de-siecle Vienna, this book reveals how deeply Schenker's theory is permeated by the social and political. It also raises issues concerning the meaning and value of music theory, and the extent to which today'smusic-theoretical agenda unwittingly reflects the values and concerns of a very different world.