The Scalpel, the Sword

- The Story of Doctor Norman Bethune 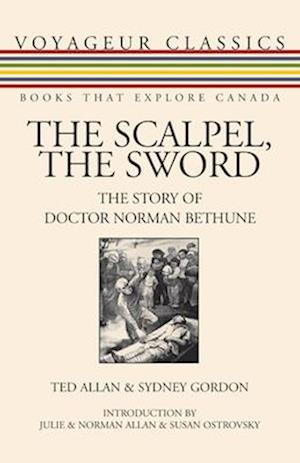 Originally published in the early 1950s, The Scalpel, the Sword celebrates the turbulent career of Dr. Norman Bethune (1890-1939), a brilliant surgeon, campaigner against private medicine, communist, and graphic artist. Bethune belonged to that international contingent of individuals who recognized the threat of fascism in the world and went out courageously to try to defeat it.

Born in Gravenhurst, Ontario, Bethune introduced innovative techniques in treating battlefield injuries and pioneered the use of blood transfusions to save lives, which made him a legend first in Spain during the civil war and later in China when he served with the armies of Mao Zedong in their fight against the invading Japanese. He is today remembered amongst the pantheon of Chinese revolutionary heroes.

In Canada Bethune's strong left-wing views made him persona non grata, but this highly readable and engaging account has helped to sustain the memory of a great man.