- Selections from the Baltic Correspondence of Vice-Admiral Sir James Saumarez. 1808-1812 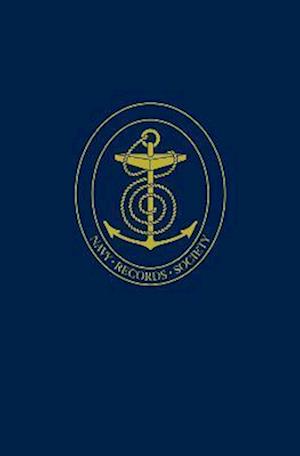 Sir James Saumarez was a Channel Islander with a distinguished naval record. He had fought under Rodney at the Saintes, Jervis at St Vincent, and Nelson at the Nile. He had received his knighthood for his capture of the French frigate Reunion in 1793. In 1799 he had been chosen by St Vincent to carry out the hazardous duty of the close blockade of Brest.The Baltic command was the result of the Treaty of Tilsit between Napoleon and the Tsar Alexander in 1807 which aimed to exclude all British merchantmen and warships from European ports, and made Russia responsible for the exclusion of Britain from the Baltic. The Baltic was vital to Britain as its major source of essential naval stores, such as hemp, flax and timber. So it became Saumarez' responsibility to keep the Baltic open to British shipping, to encourage any state that would oppose this policy, and support Sweden - one of the few Baltic States to reject this Napoleonic policy of exclusion. This was a role requiring considerable skills in diplomacy and business as well as seamanship, in particular after Sweden elected a Frenchman, Marshal Bernadotte, as Crown Prince.'The maritime war in the Baltic was a hidden, in some ways a secret, war,' writes the editor of these Papers. According to him, Saumarez in the Baltic had to grapple with 'a commercial and political underworld peopled by men whose business was necessarily conducted in dark corners remote from the glare of public events and whose furtive journeys across the Baltic were shrouded in a fog of secrecy'.