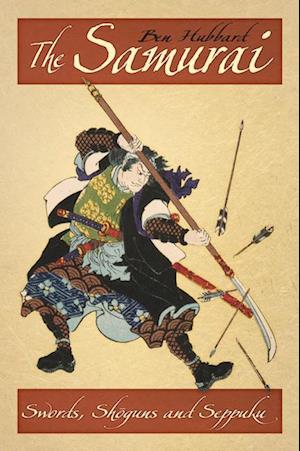 A complete, accessible account of the Japanese samurai--from warlords and women warriors to famous battles and ritual suicidesThe true nature of the samurai warrior is an elusive and endlessly fascinating enigma for those in the west. From their inauspicious beginnings as barbarian-subduing soldiers, the samurai lived according to a code known as bushido, or "Way of the Warrior." Bushido advocated loyalty, honor, pride, and fearlessness in combat. Those who broke the code were expected to perform seppuku, or suicide through belly-slitting. By its very design, seppuku aimed to restore honor to disgraced warriors by ensuring the most painful of deaths. But as the samurai grew into large warrior clans, the bushido virtues of loyalty and honor fell into question, as control was seized and the emperor supplanted by a powerful military ruler, the shogun. This book tells the story of the ensuing centuries-long struggle for power between the clans, as Japan's martial elite rose and fell.

Forfattere
Bibliotekernes beskrivelse The true nature of the Japanese samurai warrior is an elusive and endlessly fascinating enigma for those in the West. However, the bushido- virtues of loyalty and honour fell into question as the samurai grew powerful enough to wrest control from the emperor himself. 16 Plates, color