The Same but Different 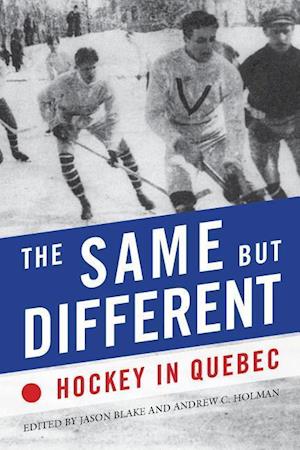 From coast to coast, hockey is played, watched, loved, and detested, but it means something different in Quebec. Although much of English Canada believes that hockey is a fanatically followed social unifier in the French-speaking province, in reality it has always been politicized, divided, and troubled by religion, class, gender, and language. In The Same but Different, writers from inside and outside Quebec assess the game's history and culture in the province from the nineteenth century to the present. This volume surveys the past and present uses of hockey and how it has been represented in literature, drama, television, and autobiography. While the legendary Montreal Canadiens loom throughout the book's chapters, the collection also discusses Quebecers' favourite sport beyond the team's shadow. Employing a broad range of approaches including study of gender, memory, and culture, the authors examine how hockey has become a lightning rod for discussions about Quebecois identity. Hockey reveals much about Quebec and its relationship with the rest of Canada.The Same but Different brings new insights into the celebrated game as a site for community engagement, social conflict, and national expression.

Forfattere
Bibliotekernes beskrivelse Canada may be all about hockey, but how much does the rest of Canada know about the game in Quebec? 1 image, 3 tables