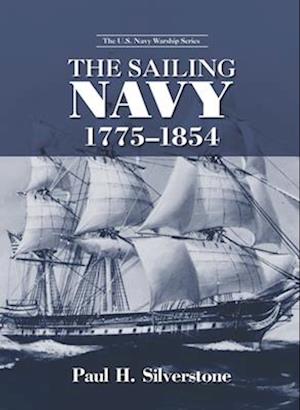 The Sailing Navy, 1775-1854, the first volume in the definitive five-volume U.S. Navy Warship series, comprehensively details all aspects of the ships that sailed in the nascent stages of the U.S. Navy. From its beginnings as battlers of Barbary Coast pirates, to challenging the awesome might of the Royal Navy in the War of 1812, to the historic blockade that proved instrumental in winning the Mexican-American War, the sailing ships foreshadowed the daring and resolve of the later U.S. Navy. With its all-inclusive lists of data, The Sailing Navy is the most in-depth resource available on the ships that shaped the early history of the U.S. Navy.Each volume in the U.S. Navy Warship series represents the most meticulous scholarship for its particular era, providing an authoritative account of every ship in the history of the U. S. Navy from its first incarnation as the Continental Navy to its present position as one of the world's most formidable naval superpowers. Featuring convenient, easy-to-read tabular lists, every book in the series includes an abundance of illustrations, some never before published, along with figures for actions fought, damages sustained, casualties suffered, prizes taken, and ships sunk, ultimately making the series an indispensable reference tool for maritime buffs and military historians alike.A further article about Paul Silverstone and the Navy Warships series can be found at: http://www.thejc.com/home.aspxParentId=m11s18s180&SecId=180&AId=58892&ATypeId=1

Forfattere
Bibliotekernes beskrivelse Part of the five-volume "US Navy Warship" series, this first volume comprehensively details different aspects of the ships that sailed in the nascent stages of the US Navy. 77 Illustrations, black and white