The Sacrifice of Seven: Seven ordinary women would forever change the course of World War II. 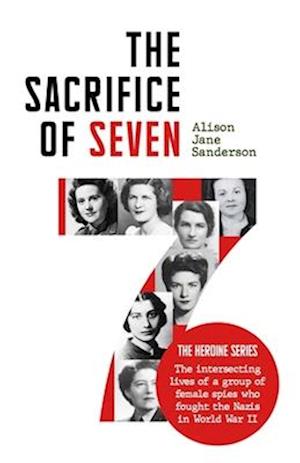 Recruiting female agents was unheard of, but by 1942, it became inevitable. Ordered to create chaos and mayhem, they hindered the advancement of the Germans. Their legacy would become the blueprint for clandestine operations the world over.

Lysanders would leave the safety of British shores by moonlight tracing the Loire river in France to deliver agents. Assuming the role of everyday French citizens, they were anything but ordinary. Instead, they were highly trained, determined, and courageous spies.

What did a Romanian-born Jewess know about running a clandestine operation?

Why would an American amputee agree to be the first female SOE operative in France?

A Sufi Princess would defy every German interrogation tactic regardless of brutal torture for more than a year?

These are the stories of The Sacrifice of Seven. Each woman gave her life for the love of France. Some would fall, and some would return. None would remain unaffected by the atrocities of the war.

The Heroine Series is a cursory exposition of life as an undercover agent: An epic account of World War 2 Special Operations Executive as they work in the shadows yet hide in plain sight. While Agents were assigned to German-occupied territories; this memoir focuses on France.