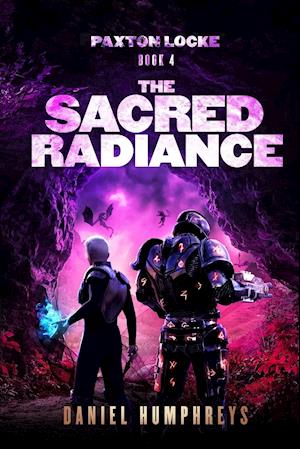 Life is normal for Paxton Locke.

As normal as it can get as a government agent working against the supernatural, that is. But Paxton has a steady job, a house, a life in one place. A life that he's sharing with Cassie. It's stability he has never had, a life he could have only dreamed of while ghost hunting in his RV.

But there are still unanswered questions from the attack against Division M, and whispers of a wizard at work. Paxton and his team head to England to investigate, but immediately meet up with resistance and mercenaries for hire out for blood.

Soon Paxton and his team realize ancient wizard Aleister Knight is gathering items for an insane, destructive ritual deeply tied into the history of England. He plans to bring England to all its formal glory, and the only way to stop him is to descend into the bowels of his island fortress.

Pax must stop the ritual, even if his angelic observer is whispering in his ear for him to turn back. To let it happen will be catastrophic, and Pax can't stand aside for it. He can never stand aside and let evil happen.

Will Paxton and Division M defeat Aleister Knight? And how high of a price will Pax pay to do it?

Read The Sacred Radiance today and find out.