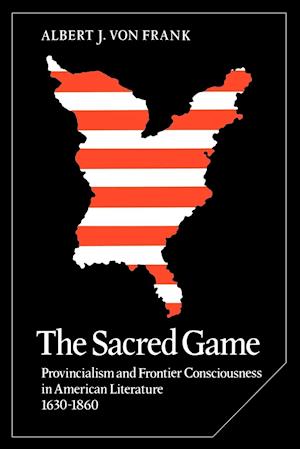 This book is a meditation on the theme of provincialism in American literature. With careful attention to the historical context, it identifies in the expressions of writers before the Civil War certain qualities of self-doubt and defensiveness, certain perceptions of displacement and decline, so profoundly characteristic as to amount to a defining trait of American literature. As a frontier nation, America lacked an organic culture of its own and embarked on the impossibly difficult task of creating a cultural life from imported forms and ideas. Albert von Frank shows the history of this effort to be one of a desperate conservatism struggling against the withering effects of time and distance on cherished standards of the past.