The Sacred Art Of Stealing 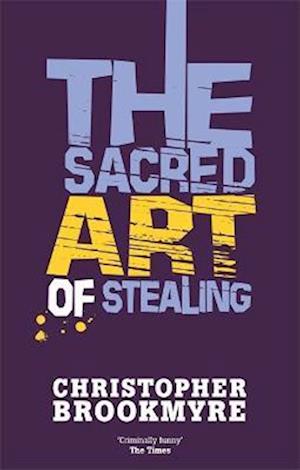 The second book in the Angelique De Xavier series, from author Christopher Brookmyre.Their eyes met across a crowded room. She was just a poor servant girl and he was the son of a rich industrialist.Er, no, this is a Christopher Brookmyre novel, although the eyes meeting across a crowded room part is true. Where it differs from the fairy tales is that the room in question was crowded with hostages and armed bank-robbers, and his eyes were the only part of him she could see behind the mask. He is an art-thief par excellence and she is a connoisseur of crooks. Her job is to hunt him to extinction; his is to avoid being caught and he also has a secret agenda more valuable than anything he might steal. There are risks he can take without jeopardising his plans. He can afford to play cat-and-mouse with the female cop who's on his tail; it might even arguably be necessary. What he can't afford is to let her get too close: he could could end up in jail or, even more scary, he could end up in love ...