The Russian Revolution of 1905 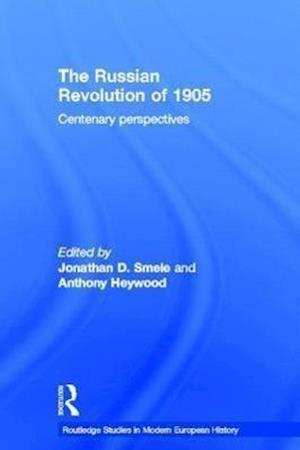 2005 marks the centenary of Russia's 'first revolution' - an unplanned, spontaneous rejection of Tsarist rule that was a response to the 'Bloody Sunday' massacre of 9th January 1905. A wave of strikes, urban uprisings, peasant revolts, national revolutions and mutinies swept across the Russian Empire, and it proved a crucial turning point in the demise of the autocracy and the rise of a revolutionary socialism that would shape Russia, Europe and the international system for the rest of the twentieth century.The centenary of the Revolution has prompted scholars to review and reassess our understanding of what happened in 1905. Recent opportunities to access archives throughout the former Soviet Union are yielding new provincial perspectives, as well as fresh insights into the roles of national and religious minorities, and the parts played by individuals, social groups, political parties and institutions. This text brings together some of the best of this new research and reassessment, and includes thirteen chapters written by leading historians from around the world, together with an introduction from Abraham Ascher.