The Rules of Perspective 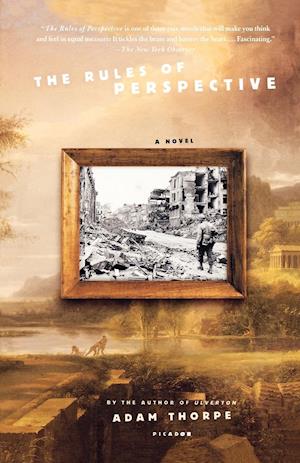 On April 3, 1945, the advancing American army shells the historic town of Lohenfelde, and the Kaiser-Wilhelm museum. Within the museum's vaults, Heinrich Hoffer is hiding from the bombardment, and trying to keep a priceless Van Gogh from falling into the hands of a rogue Nazi. After the shelling, an American corporal, Neal Parry, finds a beautiful eighteenth-century oil painting in the rubble, and must confront both its beauty, and the morality of stealing it. The stories of Herr Hoffer, Parry, and their paintings unfold simultaneously in this gripping, brilliantly structured novel about art and war.

Forfattere
Bibliotekernes beskrivelse April 1945: a small German town is about to be overrun by the Allied Third Army. The vaults of the town's museum become a stage for an intense psychological drama of secret histories and shared terror, as four people prepare themselves for their fate.