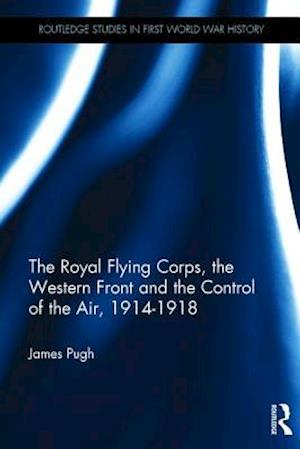 By the middle of 1918 the British Army had successfully mastered the concept of 'all arms' warfare on the Western Front. This doctrine, integrating infantry, artillery, armoured vehicles and - crucially - air power, was to prove highly effective and formed the basis of major military operations for the next hundred years. Yet, whilst much has been written on the utilisation of ground forces, the air element still tends to be studied in isolation from the army as a whole. In order to move beyond the usual 'aircraft and aces' approach, this book explores the conceptual origins of the control of the air and the role of the Royal Flying Corps (RFC) within the British army. In so doing it addresses four key themes. First, it explores and defines the most fundamental air power concept - the control of the air - by examining its conceptual origins before and during the First World War. Second, it moves beyond the popular history of air power during the First World War to reveal the complexity of the topic. Third, it reintegrates the study of air power during the First World War, specifically that of the RFC, into the strategic, operational, organisational, and intellectual contexts of the era, as well as embedding the study within the respective scholarly literatures of these contexts. Fourth, the book reinvigorates an entrenched historiography by challenging the usually critical interpretation of the RFC's approach to the control of the air, providing new perspectives on air power during the First World War. This includes an exploration of the creation of the RAF and its impact on the development of air power concepts.